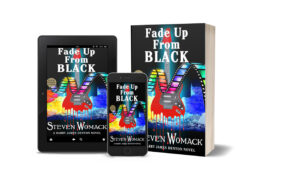 After nearly two decades, the MUSIC CITY MURDERS series featuring Nashville PI Harry James Denton is returning to the mystery scene with the publication of FADE UP FROM BLACK: The Return of Harry James Denton.

This seventh installment of the Harry James Denton series brings Harry forward fifteen years, to a time when he’s left the private investigation field. His life has changed completely. He’s about to become a single parent to his teenaged daughter.

His whole life as a private detective is behind him… That is, until Leo Walsh walks into his office and asks him to solve a murder.

And we’re off and running…

“Womack is right up there with Parker, Jance, and Grafton. He writes a fast-moving, humorous, well-plotted detective story. No psychology like Rendell, no agenda like Cornwell. His Nashville hero, Harry Denton, is colorful and likeable, and although he has little money and lives on the edge, he has the charisma of Parker’s Spenser and Jance’s Beaumont. I highly recommend all of the Denton series. I’ve read every one, and haven’t been disappointed yet.” —Joan Benny, Amazon Reviewer

FADE UP FROM BLACK is up for pre-order in an eBook version on Amazon.com. The book officially launches February 2nd. The print versions will be available by then as well! 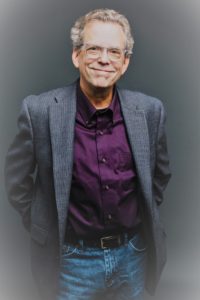 Thanks for visiting my website. If you’re not familiar with my work, this is a good place to start.

If you go to the web pages for each of my books, you won’t find a catalog description or a cut-and-paste from the Amazon.com page. I’ve tried to do something different here, which is tell the story behind the story…

Of course, there will still be the occasional obligatory fun self-promotion fluff piece, like pictures of me signing and speaking at Parnassus Books…

And for an even bigger thrill: